The Permanence of Social Media 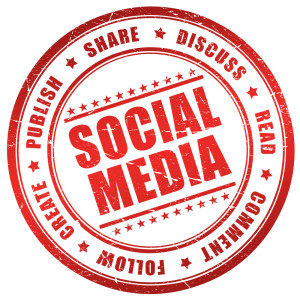 Let’s face it. The internet has not only reshaped how we conduct pretty much everything in life, it’s defined this age. With something so significant, people are sure to question its legitimacy and if its going to stick around. Especially with one of the internet’s biggest strengths, the way to communicate with one another. This is where social media comes in. How strong is it? Will we look back at social media with a nostalgic sense and think about it the same time we think about VHS tapes and Beanie Babies?

Anurag Harsh, writer for The Huffington Post, tries to answer this question in an article which tests our memory of one of 2015’s biggest hashtags, #TheDress. Do you remember when this odd piece of clothing was such a sensation? Some people swore that it was black and blue, while others proclaimed it was white and gold. Eventually, it turned into more of a social statement for spousal abuse awareness. Regardless of how much you remember the story, Harsh bets you at least are familiar with it thanks to the firepower of social media. He states that this is a prime example of why we wont be thinking about social media on Throwback Thursdays ten, twenty, or thirty years from now. This thing is here to stay.

Of course, many people love to say that about something they have a stake in, which Harsh definitely does. But even an objective pair of eyes can reason that social media has made a strong enough impact to exist perpetually, in some form or another. This doesn’t mean that social media as we see it now will always be around. For all we know, Facebook, Twitter, and Instagram will join the ranks of abandoned websites, leaving their homepage as empty as Chernobyl. But you can be sure something will pop up in their places.

One thing that makes social media seemingly timeless is the fact that it has risen above a message board for selfies and pictures of what you’ve had for dinner (although there’s still plenty of that around). Instead, its made room for the serious side of communication, becoming innovative outlets for news, business solutions, and a way to get one’s message out, whether it be a political movement, or a hashtag representing something they truly believe in. It’s become our generation’s version of the newspaper, and with it, were reaching new heights that were once thought impossible.

Where do you think social media will be in ten years? Comment Below!