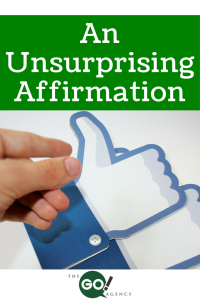 It’s probably not a shock to anyone to find out that Facebook is the most used social media site for business. However, it was also the site considered to deliver the best ROI. eMarketer reports some interesting numbers about where the social media platforms stand in this side of business.

According to their article, eMarketer reports about a survey that questioned 551 social media marketeers worldwide. An overwhelming 95.8% of them said that Facebook provided the best ROI. Twitter followed with 63% and it dwindled down from there.

While ROI isn’t exactly the best information to gauge social media activity, it can be helpful when looking at things from a strict business point of view. Most importantly, it can be a sign of the amount of engagement. For instance, Snapchat was only considered to have the best ROI by a mere 2.1%. Someday we may see Snapchat pick up those numbers, but for now, businesses aren’t yet comfortable with the app.

Now, Facebook has new tools on its utility belt. Facebook Live and Facebook Messenger are great additional pieces to the social media puzzle. Now, we can broadcast live video streams out to our followers with Facebook Live. We can also converse in new and intuitive ways with friends, families and yes, customers with Messenger’s many features.

One of the biggest reasons for Facebook’s firepower is its advertising efforts. It has the ability to reach out to a massive amount of people in the specific demographic you’re trying to target. If Snapchat had something similar, those percentages would surely rise.

What do you think of this? Do you think it is a dependable system to gauge effectively? Let us know!