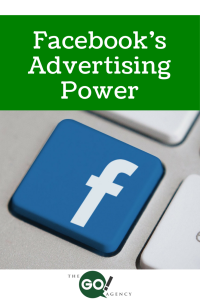 Social media is a great tool to reach out to peers, clients, and potential customers. But where would it be without the websites and its advertising features? Whether it’s a good or bad thing, there isn’t a single website that drives the industry, no SocialMedia.com that every user has to use. In fact, that domain redirects to Living Social, which isn’t even a social media platform! That being said, social media tends to be synonymous with its biggest facilitator, Facebook. Most people know the name by now, but not many understand how powerful it can be for business. Turns out its advertising can make your brand go viral!

Originally, Facebook was only intended for college students. Now, their target demographic is… well, everybody. It has an estimated 1.65 billion users every month and is considered the easiest platform to establish a business page with. With that many users, you have ample opportunity to reach out to exactly who you want as a customer and Facebook’s advertising power can set your page up for success.

One thing that Facebook was always proud of was the lack of a price tag for its users.  Yet they still make quite a profit by the amount of people that invest in advertising on their website. However, it’s worth every penny. Facebook has made it so your ads are targeted towards exactly the right person based on their likes and hobbies, but also for what they search for and post themselves. Have you ever searched for something and then you got hit with a barrage of advertisements about it later? That’s not a coincidence. They’ve worked tirelessly on the system and it really is effective. Their advertising has the strength to bring attention by doing the best thing Facebook knows how, putting it right in your customer’s line of sight.

Facebook has been around since 2004 and doesn’t seem to be fading any time soon. While many social media platforms have faded and others have risen, Zuckerberg’s creation continues to stand tall in the constantly changing winds of the internet. Because of this, it has become a staple for any business. They’ve provided resources for people to thrive using their pages, and their advertising is undoubtedly the most effective.