One of the key lessons we took from our improv session a few weeks ago was that we should roll with other people’s ideas.

We shouldn’t just tell them, “Good job.” We should join in. Add to their idea. Collaborate.

The Battle of the Beards was one of those ideas:

“Our Copywriter, Mike has a beard. Hey, so does our Social Media Executive, Bill. Why don’t we have them face off on social media in a beard battle!”

That was it, the whole idea. A beard battle. Just a silly update on social media. But as tends to happen in a creative environment, the idea soon snowballed. 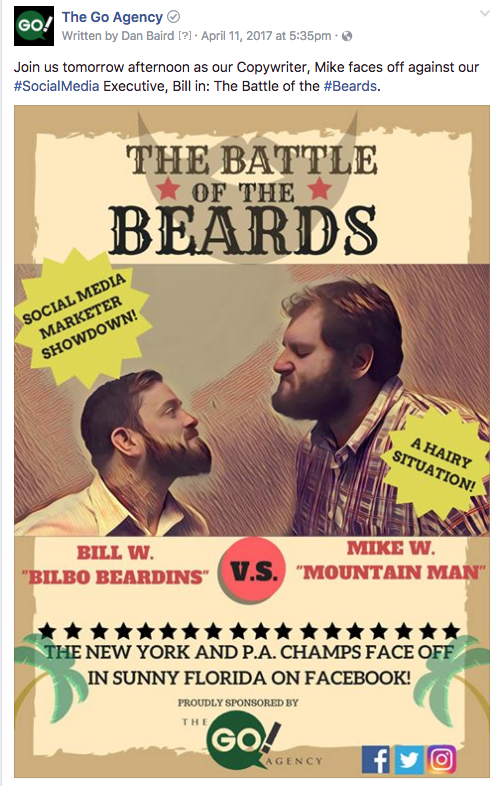 Mike and Bill loved the idea. Maybe a little too much. They’d possibly been waiting for the day when they could one-up another man’s beard. Glancing at each other across the office thinking, “My beard is so much better than his. If only I had an opportunity to prove it.”

Luckily for them, they now had the chance.

Soon the silly suggestion was becoming a ridiculous reality. Mike and Bill both agreed to pose for some photos. But not before they each hired an entourage of beard stylists to ensure they looked delightful.

We had them face-off in the conference room, and soon the smack-talk started. “You call that a beard? I’ve got more hair than that on my big toe!”

To sort out the argument once and for all, we decided a post on Facebook where people could vote for the best beard through reactions would work.

But we feared that nobody would see the post. Facebook has started to change its algorithm so that it’s getting ever harder to get something onto other people’s feeds.

We tried to get Don King in to promote our post, but for some reason, he wouldn’t return our calls. Instead, we promoted the post through Facebook instead. We didn’t want to spend too much so decided $5 would do.

Although our beard battle was a bit of fun, it’s still an excellent case study on how to run a Facebook Ad. We had a goal, a set budget ($5) and something fun to promote, now we just needed to create our ad.Since our goal was to increase the engagement on our ad, it seemed to be a no-brainer to use the Engagement ad type on Facebook.

The Engagement ad type allows you to optimize your ad campaign to gain more post engagement (reactions or comments), page likes or responses to your events.

The first thing you do when creating an ad is to select an audience. In this case, since our post was about beards, we decided to hit an audience that was interested in beards.Fortunately, Facebook Ads tracks the interests of its users, and we were surprised to learn that there were plenty of groups for beards:

We further narrowed the audience down to 18 to 30-year-olds as we felt they’d be more open to the silliness of the post and voting in it.

This gave us an audience size of 88,000 which was more than enough for what we needed.

For the rest of our ad, we mostly stuck to Facebook’s default settings. We only wanted the beard battle to run for a day, so we set a lifetime budget for the ad of $5 and set it to run for 24 hours.We had the ad show up on Facebook (excluding Instagram) on mobile to keep costs down but also to ensure that anybody that saw the ad was in the position to react to it.

Last up we needed to create our Battle of the Beards post. Thankfully our bearded men were happy to pose for photos. The post itself was based on an NFL Instagram post we’d stumbled upon: 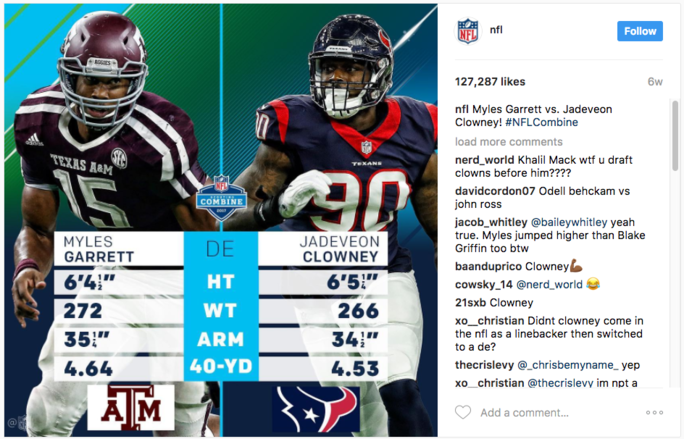 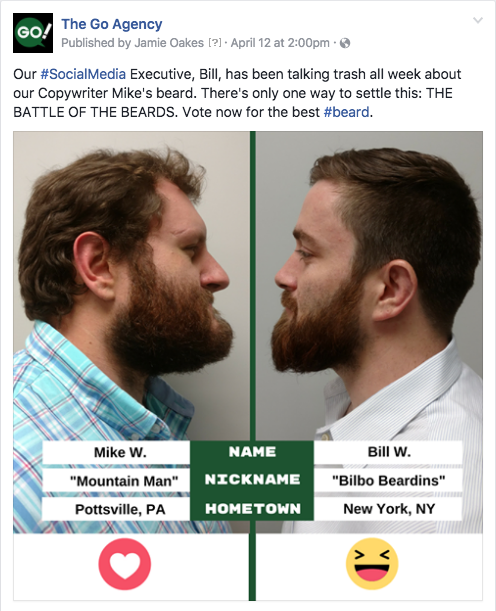 After a week of excitement, the post (and ad) finally went up and almost immediately we started to get some reactions, although it seemed most of them were from Mike’s family.

Soon people not related to the contestants began to react. Our ads were working. In the end, we got great results both from our ads and organically. There was plenty of engagement: 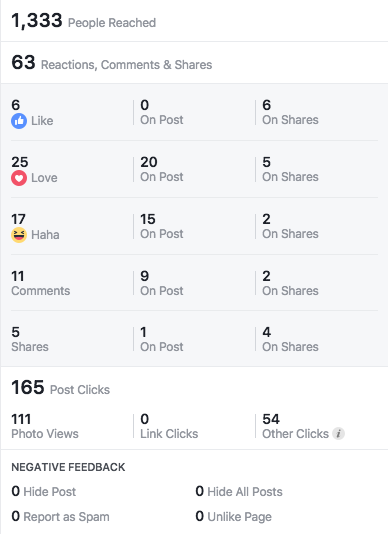 Our ad results weren’t too bad either.

We reached 317 people with our ad, 44 of which reacted to the post. Just over 1/6 of people that the post reached engaged with it which was a good result and each engagement cost 9 cents.

What does this show or prove? Well first of all that our audience – people that like beards, were happy to engage in a post about beards! (Actually, after looking at the profiles of most of the voters, I could see that almost all of them had their own beards!)

But deeper than that, it proves that you don’t need to spend a lot of money on Facebook to get somebody to engage with your business. You simply need to find something that your target audience is interested in and go from there.

If our business sold cosmetics products for beards, this would have been a perfect opportunity to get potential customers interested in our business and our $5 of ads could have easily brought in a good return on our investment.

Especially because, as I mentioned, much of the engagement came from men with beards. 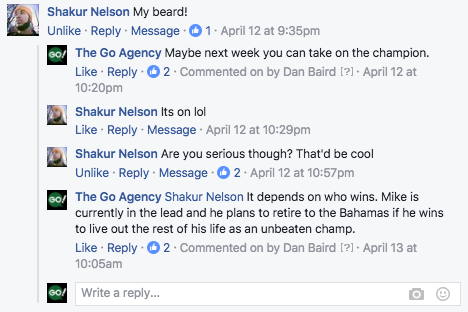 As it is, we don’t sell anything related to facial hair. But we succeeded in our own goal: to have some fun. Not just for us, but for the people that engaged with our post.Since the win, we’re happy to report that Mike hasn’t retired to the Bahamas. But he has been strutting around the office and stroking his beard more than usual.

Bill, on the other hand, has vowed to grow his beard twice as long for a rematch.