Tag : Social Media During a Crisis

Why Social Media Has a Soul 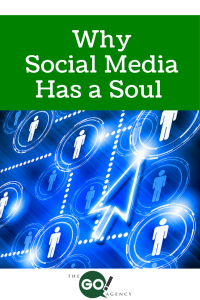 When Americans woke up on June 12th 2016, they were horrified by the news of a massacre in Orlando. Many of us banded together to support the victims’ families and friends as we tried to heal from the terror that hate brought.

During that day however, we saw something else amongst the countless social media posts mentioning the attack. We saw what may have been the most important post ever for those closely involved in the situation. People who lived in or near Orlando were able to “check in” to notify their Facebook friends that they were safe. Facebook’s Safety Check system was previously implemented during situations such as the Paris terrorist attacks in November 2015, and other dangerous incidents throughout the world. This was the first time Facebook had to activate Safety Checks in the US and because they did, people were informed of many loved ones’ statuses.

Safety Checks are one of the ways social media’s reachability has such a positive impact on our world. We see events as they happen through Facebook, Twitter, and other platforms. News about serious events reach the right people quicker than ever. Yes, social media is amazing for marketing yet as we can see, there is much more to discover.

Facebook is also adding another feature that is literally life-changing. They have teamed up with the National Action Alliance for Suicide Prevention and is now offering users an opportunity to help those who may be in crisis. If users see a potentially suicidal post on their news feed, they can inform administration by using the Report Suicidal Content link as well as the traditional “report button.” As we’ve seen many times on the news, social media can be an outlet for those expressing troubling and potentially self-destructive thoughts. These new tools could be very helpful in preventing disaster, as there will be an immediate resource available.

These progressive updates show that social media can be utilized for a plethora of uses. While some promote your business, others can help save a life. These new platforms have the power to connect in ways we were never able to before. It seems that the globe may be shrinking, and that’s not such a bad thing after all.