Coming Up Next In The Social Media Marketing World 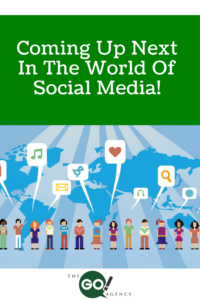 Social media reflects the wants and needs of the people who use it. Because of that, it’s growth patterns are organic. Trends grow and fade, features are added and taken away. Some of these are very easy to predict while others come as a shock. For the rest of 2016 and early 2017, here’s what we’re expecting social media to give us:

Brace yourselves, holidays are coming – It’s about this time that you should start to consider how your business is going to tackle the holiday season. Obviously, this is the time many companies are at their busiest and marketing is needed. Social media has become a cornerstone element in spreading the word about Black Friday specials, holiday wishes, and everything in between. Prepare your content and make it unique. There are going to be tons of Santas flying around on Facebook, Twitter, and Instagram, so make sure yours stand out.

Brace yourselves even more, elections are coming – As if we haven’t had enough of election-related news already, it will only get more common until we hit that Tuesday in November. But it won’t stop there. No matter who gets the Presidency, the social media floodgates will burst with cheers, jeers, and a whole lot of controversy. As a business, tread lightly. Don’t show personal bias for any candidate.

Videos will continue to grow – Instagram proved just how much video matters when they unveiled Instagram Stories, which is reflective of Snapchat’s Story service. Videos aren’t going anywhere but up in popularity. It’s eye-catching content that is prominent on people’s newsfeeds. Try to devise a way to utilize videos in your social media. Not a filmmaker? No problem! There are tons of apps and programs that allow you to make creative slideshows based on pictures. You can be a Spielberg in no time!

More diverse advertising options – Recently, we’ve seen Pinterest, Instagram, Facebook, and even Reddit tweak their advertising structures. They understand that this is their bread and butter and are making more options for marketers to utilize their services. Don’t miss out! Advertising can be inexpensive and will deliver you surprisingly large spikes of engagement.

LinkedIn upgrades – Microsoft acquired LinkedIn recently and as such, we should expect some things to change for the social media platform for professionals. It’s doubtful Microsoft will completely change LinkedIn’s structure, but we should see at least a little bit of their presence.

Even more mobile accessibility – Apple and Android are preparing for another mobile war. The next line of iPhones will be released in the next month or so, and Samsung has already showcased their snazzy new Note 7, Galaxy 7, and Edge. With new technology comes new innovations for app developers. 3-D touch, new camera usage, and third-party accessibility will also improve social media platforms as Facebook, Twitter, Instagram, Snapchat, and others are forced to adapt to what the people want.

More algorithms and updates –  This one should come as no surprise. One of these days, Twitter will finally roll out the coding that separates links from the 140 character limit. We should also see new Facebook and Facebook Live features being rolled out and some of them may not be free.

Only time will tell what else is next for social media marketing, but professionals know how to adapt and take advantage of upgrades. The right social media manager will be able to handle the incoming transitions without a hiccup or delay in content publishing. Get ready to move onwards and upwards in the realm of social media. We couldn’t be more excited!

What other changes do you expect to come? Comment below!